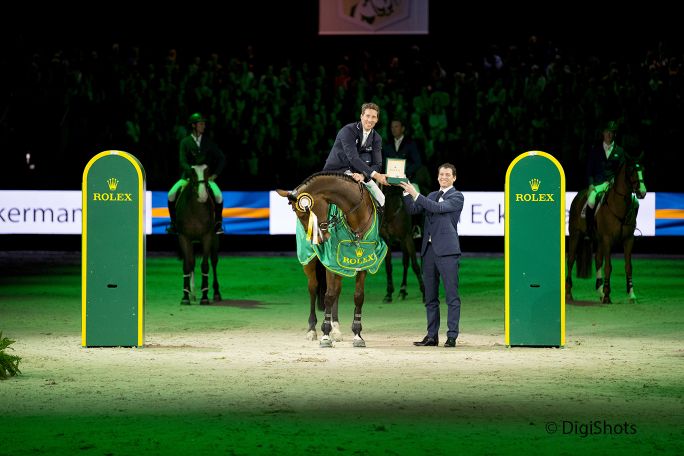 The Rolex Grand Prix at The Dutch Masters - Indoor Brabant was won by Swedish rider Henrik von Eckermann. With this victory the Rolex Grand Slam cycle has started for the 47-year-old number six of the world.

Another great achievement was the course design of Louis Konickx. With the world class line-up for this Rolex Grand Prix Konickx knew he had to design something special and that is what he did. It was high, technical and the time allowed played a decisive role which had the spectators sitting on the edge of their seats.

During the closing press conference the riders were full of praise for the show and the organisation.